Meet the cast members who will bring SNAPSHOTS to life. 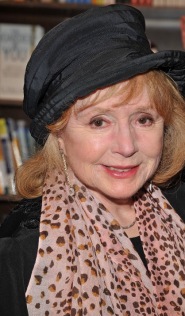 Piper Laurie was born Rosetta Jacobs in Detroit, Michigan to parents of Russian and Polish ancestry.  Piper had been studying acting with Benno and Betomi Schnider for three years when she auditioned for Universal Studios, who signed her to a long-term contract.  They made more than twenty films starring the teenage girl opposite such actors as Tony Curtis, Rock Hudson, Tyrone Power. Disgusted with the lack of serious roles, Laurie finally broke her lucrative Hollywood contract, moved to New York, lived on a budget, worked on live television and theater, and within two years changed her life and her career.

Piper Laurie is a three-time Oscar nominee, nominated by BAFTA as well as the Academy of Motion Picture Arts and Sciences for best performance by an actress in 'The Hustler' with Paul Newman. She stopped working for fifteen years after ‘The Hustler’ to devote her energies to the Civil Rights movement and to the Vietnam War, feeling acting was less important.  When she accepted work again she was nominated for an Academy Award as best supporting actress for the original 'Carrie' with Sissy Spacek, and again as best supporting actress in 'Children of a Lesser God' with Marlee Matlin. She won the Golden Globe for her role in the David Lynch cult favorite "Twin Peaks' and was nominated for an Emmy for both best actress and supporting actress in 'Twin Peaks."  She has been nominated twelve times for an Emmy, including one for the original and celebrated live broadcast of ‘The Days of Wine and Roses’ with Cliff Robertson, directed by John Frankenheimer, as well as for her comedic performance in 'Frasier'. She won the Emmy for 'Promise' opposite James Woods and James Garner.  She was Harvard's Hasty Pudding Woman of the Year, and she also received an SFECA award for her performance as Dolly in the film of 'The Grass Harp'.

In 2010, she played an ancient grandma who learns to smoke a bong in the feature film 'Hesher”, with Joseph Gordon Levitt and Natalie Portman.  In 2017 she will be seen as Grandma Hershe in WHITE BOY RICK, starring Matthew McConaughy, and in SNAPSHOTS directed by Melanie Mayron. 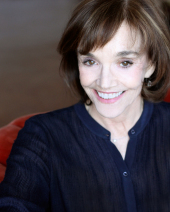 On television Thirtysomething, Moonlighting, Family, The Lion of Africa, Special People, the miniseries LACE and LACE II, MONK (4 episodes), and most recently the CBS series BrainDead.

Stage credits include The Heidi Chronicles on Broadway, Key Exchange at the Orpheum, Split at The Second Stage, The Old Neighborhood at A.R.T. If Memory Serves at the Pasadena Playhouse, The Philanderer at Yale Rep, The Cherry Orchard at The Atlantic Theatre Co. Lend Me a tenor on Broadway directed by Stanley Tucci and most recently Beckett’s HAPPY DAYS in Los Angeles, Boston and New York.

All Downhill From Here 2 seasons of the original web-series (co created, produced, directed and starred in with her sister Lynne Adams). 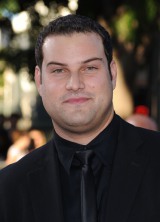 Max Adler, best known for his groundbreaking and controversial roles on the hit, award winning shows Glee and Switched at Birth, has also just completed working with Woody Allen on Cafe Society and Clint Eastwood in Sully. 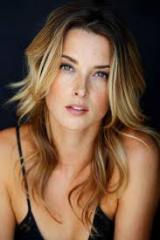 Emily Baldoni is a Swedish actress who lives in Los Angeles. Before her marriage, she was credited under the name Emily Foxler, a shortened, variant spelling of her birth name, Emily Malou Fuxler. She is best known for her leading role in the film Coherence.

Emily’s has appeared in Ghosts of Girlfriends Past, Reckless, Major Crimes, Jane the Virgin, Mad Men and Critisized. 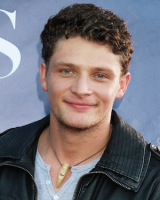 Brett is best known for his beloved portrayal of Michael Cordero in The CW’s series “Jane the Virgin,”, a loving fiancé who sticks by his future wife, as she deals with an unexpected pregnancy.

Growing up in Canada, Dier knew early on he wanted to pursue acting.  His guest starring roles on series such as The CW’s “Emily Owens M.D.,” “The Secret Circle,” and “Flashpoint,” led to recurring roles on “L.A. Complex” and “Mr. Young.” Dier appeared in several episodes of the acclaimed series “Bomb Girls,” earning him a LEO nomination for his work.  More recently, he starred in the spin-off of “Pretty Little Liars,” “Ravenswood.” Dier’s feature credits include leads in “Exeter” and  “Grace”.   Brett also has a real love of comedy and was able to showcase his many talents on Whose Line Is It recently. 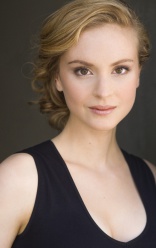 Emily Goss received her BA in Theatre from USC's School of Dramatic Arts and MA in Classical Acting from the London Academy of Music and Dramatic Art (LAMDA). She has won three Best Actress Awards for her work in the psychological horror film "The House on Pine Street," which is now available on all video on demand platforms after its international festival run and limited theatrical release. She has appeared on Castle, Criminal Minds, and several episodes of Tru TV's Fameless. LA Theatre credits include the Theatre @ Boston Court, The Odyssey Theatre Ensemble, Sacred Fools, and the Pasadena Playhouse. 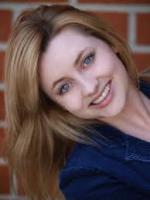 Shannon Collis was born in Lawrence, Kansas. She began acting at a young age, appearing on several television series, including Oliver Beene and The O'Keefes.  She has just completed the film American Wrestler: The Wizard and was in the film Inherent Vice as well as television shows N.C.I.S and Jane Doe: Ties That Bind.  She is mostly known for her role as Lindsay Adams in the popular show Darcy's Wild Life which ran for three seasons.

She appeared in the last three seasons of Star Trek: Deep Space Nine as M'Pella.  DeBuono received no on-screen credits until her final appearance in the episode The Dogs of War.[1] DeBuono also appeared as a background regular in several episodes of the television series Chicago Hope as a paramedic. DeBuono was involved in the comedy series Jenny, The Pretender, Pacific Blue, Martial Law, Becker and Exes and Oh's.

DeBuono has also appeared in a few films, including the short project Gay Propaganda (2002) and the award-winning Out at the Wedding (2007), the romantic comedy And Then Came Lola (2008), and the short drama Tremble & Spark (2008). For the 2007 short film, The Touch, by Jane Clark, she worked as associate producer and still photographer.

Recommend this page
© Three Women in a Box LLC
Login